This is the setup on a panel that have a RMI capable of showing both VHF NAV1 and 2. From TESDI set both VHF NAV on KSD VOR 117.8 and set 238 in the course window of NAV 1. Then follow KSD radial 058 to DME 13 and turn left until the needles are in the three o´clock position. 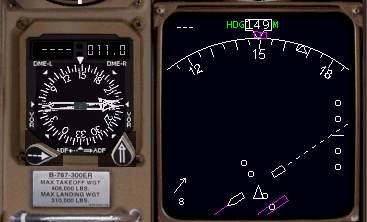 this picture I have already made the turn and
set NAV1 on the ILS frequency and inbound radial.
The single needle is set on the NDB SKS,
the double needle is VHF NAV2 set on KSD. 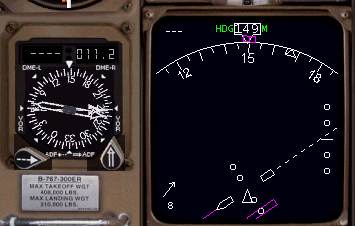 Continue on the heading 150º until the NAV needle is 10-15º aft before next turn.
It is not necessary to make a lot of small adjustments. 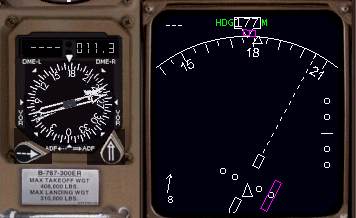 Now it's time to turn right again, until the needle is 10-15º in front of the 3 o´clock position.
Look at the DME. It should read approximately 11NM. Plus or minus 1NM is good.
If you get to far out, then make the turn before the pointer is in the back sector.
Keep in at 70 to 80º position and the distance will decrease.
Same thing if you are getting to close. Keep the pointer in the aft position instead. 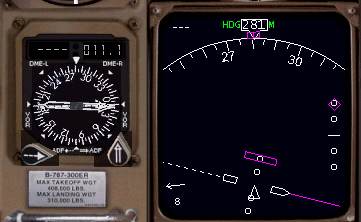 Continue all the way around by turning and waiting for the pointer to move.
Finally, you have reached the turn in position. Shown on the chart as radial 194 from KSD VOR (dotted line).
It is time to turn right onto an intercept heading for the ILS. Approximately 355º the ILS inbound course is 025º.

* Turkish Virtual Education Department.
We Appreciate ''SCANDINAVIAN VA'' for Sharing Their Training Documents with Us